The Socially Owned Company (SOC) Bus Station Pristina is established in 1977, while in its  existing premises it operates since 1983.

Following the war ending, in 1999, the company was initially managed by the Kosovo Trust Agency (KPA), and from 2015 is was transformed into a Municipal Public Enterprise (MPE) and organized as a Joint Stock Company (JSC), with the Municipal Assembly (MA) of Prishtina being named as the sole legal owner of all company shares.

In this context, the Municipality of Prishtina/Pristina owns rights and exercises all powers and responsibilities as stipulated by applicable laws, as well as by the Statute and other legal acts of the company. 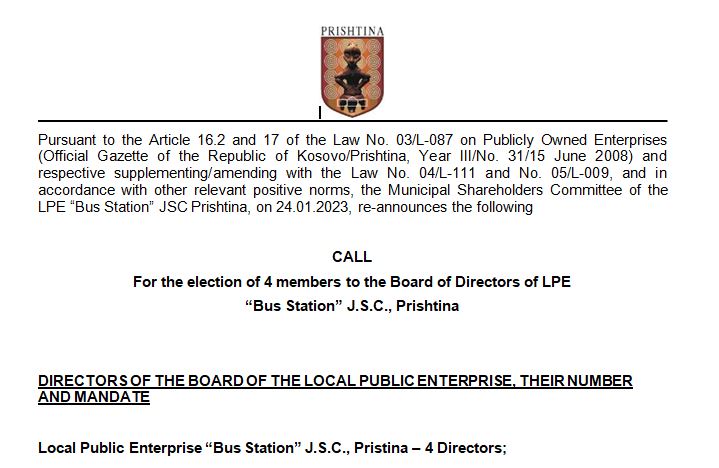 Call for the election of 4 members to the Board of Directors of LPE “Bus Station” J.S.C Prishtina, 24 January 2023